Where did it all start

Where did it all start?

Everyone should run.  Women especially should run (because we often need to juggle more stuff and are sometimes involved in some way with men.) And when you run, trail running is the best kind, without a doubt (no road rage and very good for your head). Trail running with beaches is possibly the closest anyone will get to heaven without actually being there. Plus it makes you feel like a Goddess (even if you are not) and eliminates (well… maybe reduces) the need for therapy of any sort.  With all this in mind a group of us were chatting and running along the beach one day shortly after I had returned from Tri the Beloved Country, my 6 762km  running/cycling/paddling trip around the South African Border way back in 2011.  I was probably rambling on ad nauseam about how awesome this county is in general and how spectacular the Wild Coast is in particular and how I couldn’t wait to run it all again as soon and as often as possible and how it was absolutely critical for everyone to run bits of it every year.  Lucille,  (who is much more organized and logical than me)  agreed  but pointed out that  a lot of our running buddies would be unable or un-keen to run the coast alone because of safety or to enter an organized race because of a combination of the following hurdles:  they didn’t have the money to enter expensive multi day races/they didn’t have the confidence or experience to enter them and would be afraid of coming last or running alone all day/ they didn’t want to run with lithe whippet-like runners in cool matching lycra kit (the sort that make us all feel inadequate, pot bellied, grumpy and sufficiently discouraged to give up and go back inside for another cupcake and a glass of wine).

These were all valid points.  As a solution we decided on the spot that the obvious answer was to organize a group of mates and do it ourselves.  Expenses would be minimal as we would simply split the actual cost of the trip between us.

A fabulous and obliging husband would be found to drive our back-up vehicle and pour our champagne. There would be no entry fee. The plan was simple:  we would create a fun, non-competitive safe and nurturing environment for women to go out and have a cool multi day adventure in a place of devastating natural beauty. It would not be a race.  Encouraging each other, celebrating other’s successes, playing, stopping to swim in rock pools and to drink cocktails at friendly hotels would be obligatory.

We swung into action and very shortly a date was set and we had a core group of women of varying abilities (ranging from someone who had never run in her life to someone training for the Comrades) and spanning 3 decades.  The name “Wild Women on the Run” stuck from the outset.  The only selection criteria was “no whiners and no duds”. In no time at all there was a waiting list, training schedules were drawn up, group runs were organized over the next months, routes were finalized and meetings were held where I would chat about kit, foot care, backpacks and their contents, river crossings and what kind of champagne ought to come along.

Before we knew it we were setting off on our inaugural run in April 2012 from Mazeppa Bay to Glen Gariff (approx. 100km over 3 days). There was a carnival atmosphere as we said jolly farewells to our families (many of the Wild Women are moms, some of whom had to unclamp weeping toddlers from their knees in order to be on their way) and the rest is history.  Wild Woman is now an institution and is into its 10th year in 2021.

In 2016 we ran from Glen Gariff to Mazeppa Bay (reversing our first ever run) with some cool inland sorties. (Day 1: 25km) Haga to Seagulls (Day 2: 32km) Seagulls via the Gates to Wavecrest (Day 3: 21km) and Wavecrest to Mazeppa (Day 4: 22km) The terrain is a perfect mix of long beaches and grassy tracks with short bursts of more taxing rocky or sandy terrain complimented by the notorious Wild Coast hills every time one ventures inland.  There are a number of small streams to cross on hands and knees with feet pointing heavenwards (to keep our shoes dry – what a sight it must be!) There are also a couple of rivers we have to swim including the Kobonqaba River renown for the electric rays that lurk on its sand banks –crossed with much hilarity but so far only imagined incident. We head inland sometimes and run through villages, recently we detour to the Gates where we swim through the Gates and leap off the cliffs into the deep water below.  When we get hot or tired we frolic in bays and rock pools, we stop for shared picnics and laugh enough to make our intercostal muscles ache more than our legs or feet.

In the first year of Wild Women I was concerned by the difference in ability and speed in the group but am always amazed at how easily and happily things work out with the slower runners or those battling injuries starting ahead of the pack in the mornings while the front runners relish the break from racing, happily trot back and forth to fetch or simply lie on the beaches or have a swim while the others catch up.

In my 40 something years on this planet I am yet to experience anything that can match the pure unadulterated joy of finding myself running in some remote and beautiful Wild Coast beach as the sun rises and the light is at its most glorious. To revel in the exquisite beauty of nature, the strength of one’s limbs, lungs and heart and the matchless sense of freedom that this cocktail produces is indescribable.  But to get to share this with a whole bunch of hilarious, wise, strong, fabulous women and a couple of Ngunis…well, that is just in another league altogether!

When the idea of Wild Women took root in our imaginations in 2012, we didn’t fully grasp what this running sisterhood would grow into.  It all started as a low key plan to get women into running (or back into running), to debunk the myth that the Transkei was an unsafe place to run, to show my mates that the Wild Coast really is the most beautiful coastline in the world and to guarantee a running experience devoid of said whippets in lycra.

And so we set off without fully understanding the alchemy of running, sunlight, rock pools and champagne or the enormity of what was in the process of unfolding.  Wild Women has most certainly introduced many women to the joy and freedom of running, but that has really been only the beginning.  It has done so much more.  Over the last 10 years I have watched as women transform their bodies, minds, spirits.  I have seen some of them dig really deep, push through pain and build the kind of strength and confidence that didn’t seem possible. I have seen them face their fears (jumping off cliffs, swimming rivers, being vulnerable), I have seen them learn to play again after being a responsible adult and holding things together every day for decades, I have seen them battle and win the fight against depression.  I have watched women give and receive love and acceptance and truly celebrate each other’s successes and mourn their failures (some for the first time ever) and I have seen women mobilise like an elite army to help one of their sisters who is in trouble.  They have all inspired and motivated me on a scale that I could never have imagined. This is an extract from an email from one of the fabulous Wild Women after this year:

“I have spent the better part of 42 years waging an internal war with myself over my own self concept/body image. I have been a very “mean girl” to myself, most unkind and judgemental. My biggest fear has been that I pass this legacy on to my daughter. Running, however, has given me a sense of power and self control and at the same time liberated me. This is the lesson I want my daughter to receive.

Of course it follows that I fully expect to be judged by others (women) in the same vein that I have judged myself. So to say that WWOTR 2016 has blown my socks off is an understatement. I kept wanting to ask myself “whats the catch? How could a group of women be so supportive, uplifting and encouraging of one another?”
I have yet to find this “catch.”
There is NO “catch.”

WWOTR afforded me the opportunity to experience the power and liberation of running on a majestic and glorious scale and at the same time dispels many of the myths surrounding women. That is to say that real (wild) women are those who uplift and build each other up as opposed to breaking one another down.
If a group of women who were essentially strangers/acquaintances were capable of accepting me for who I am, then why the heck can’t I?” 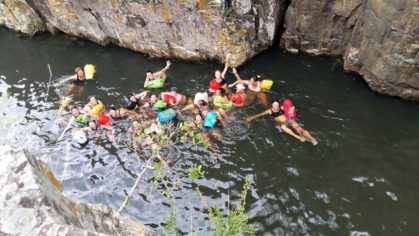 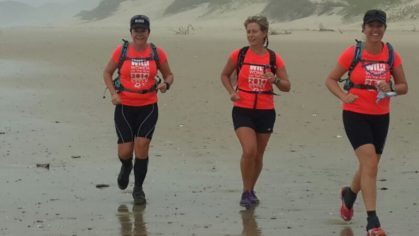 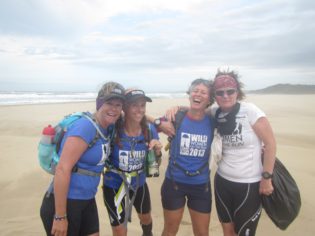 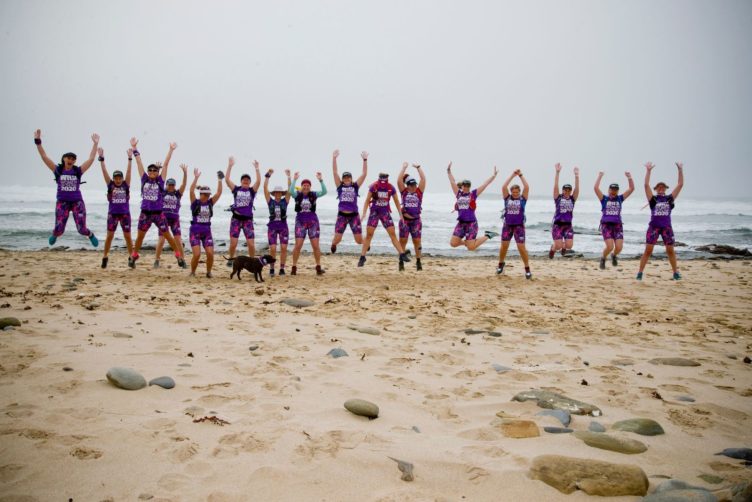 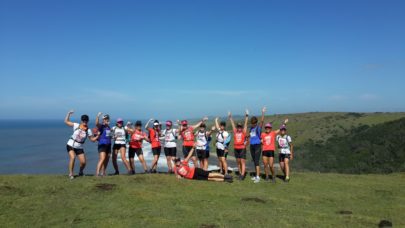 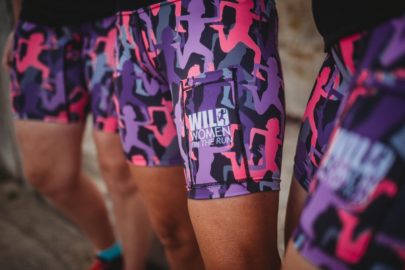 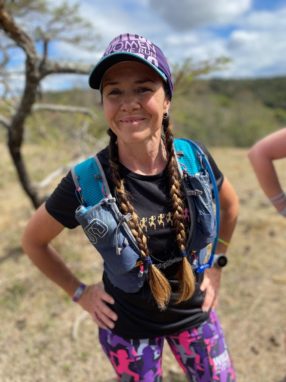 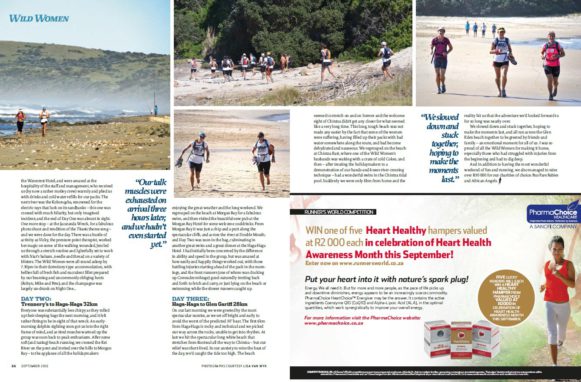 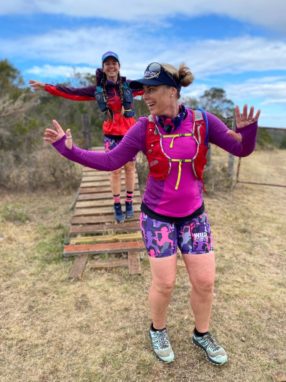 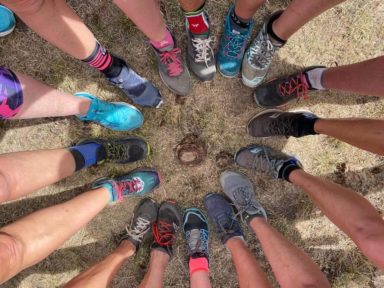 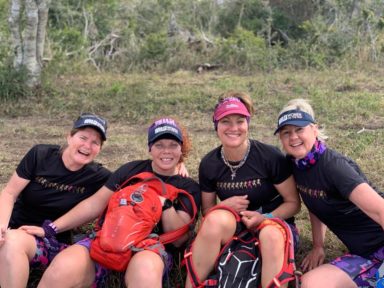 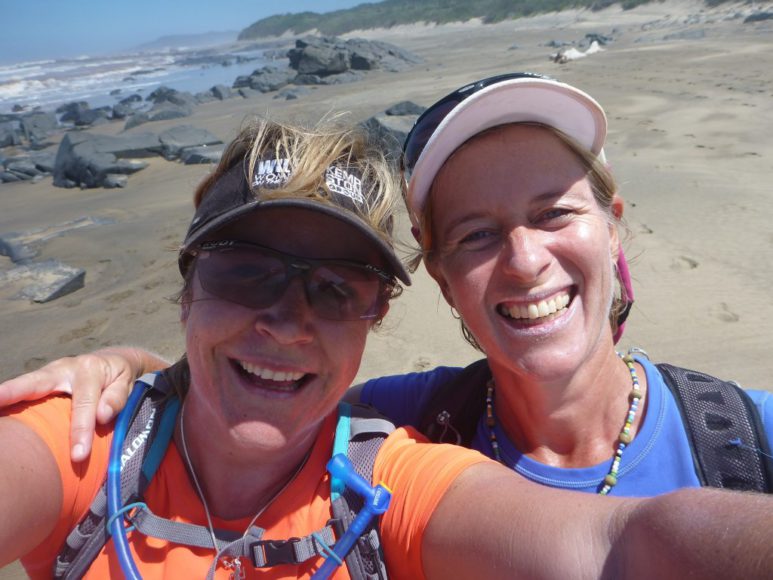 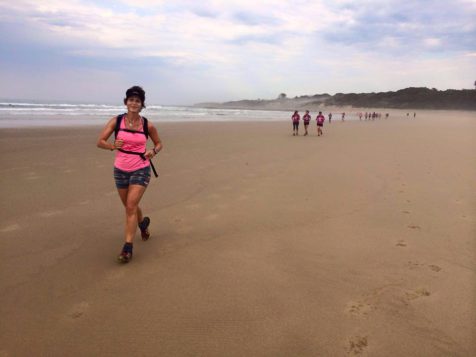 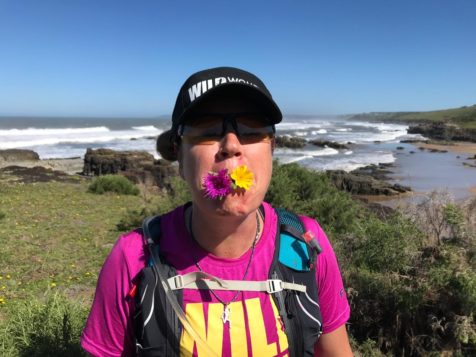 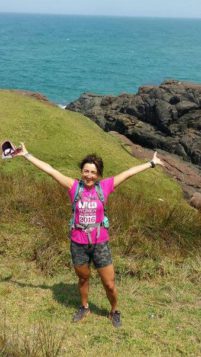 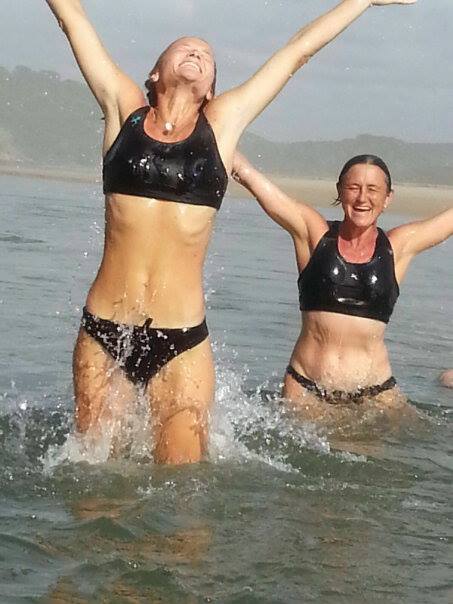 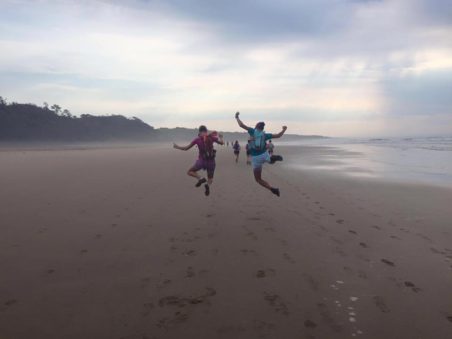 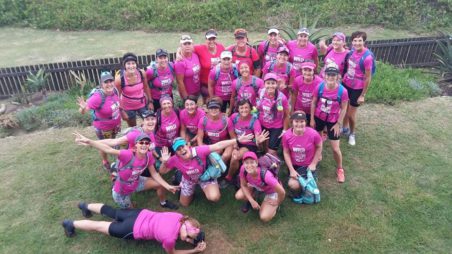 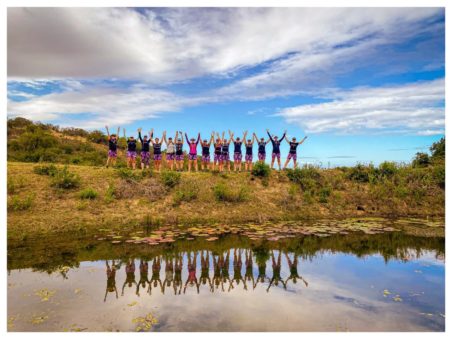 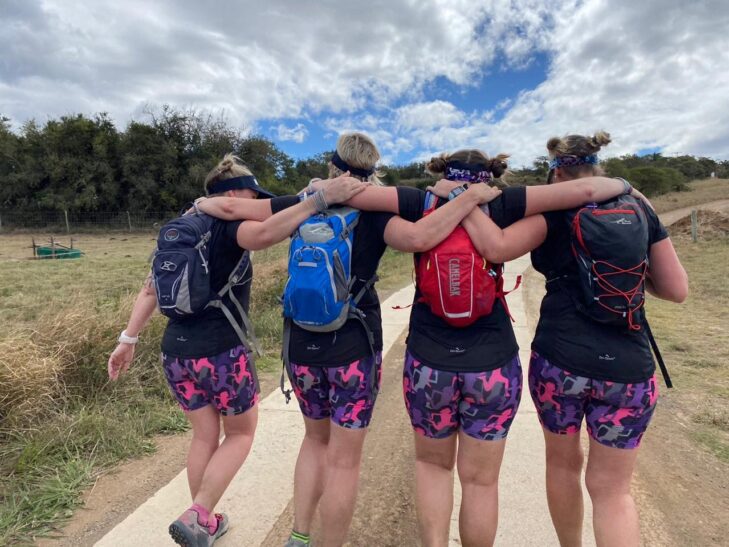 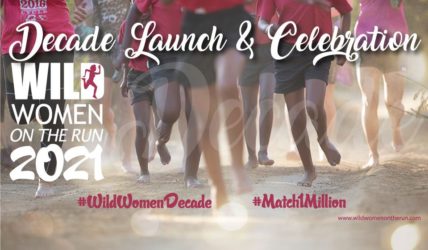 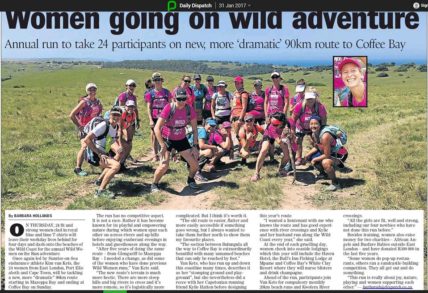 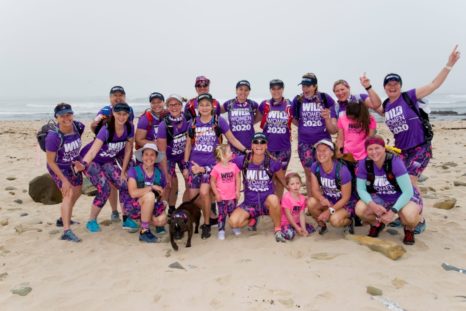 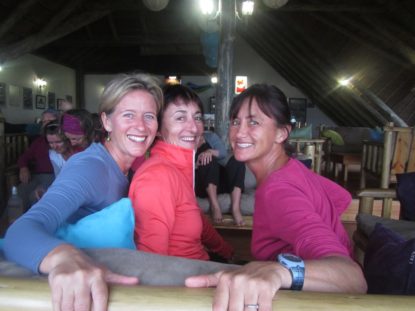 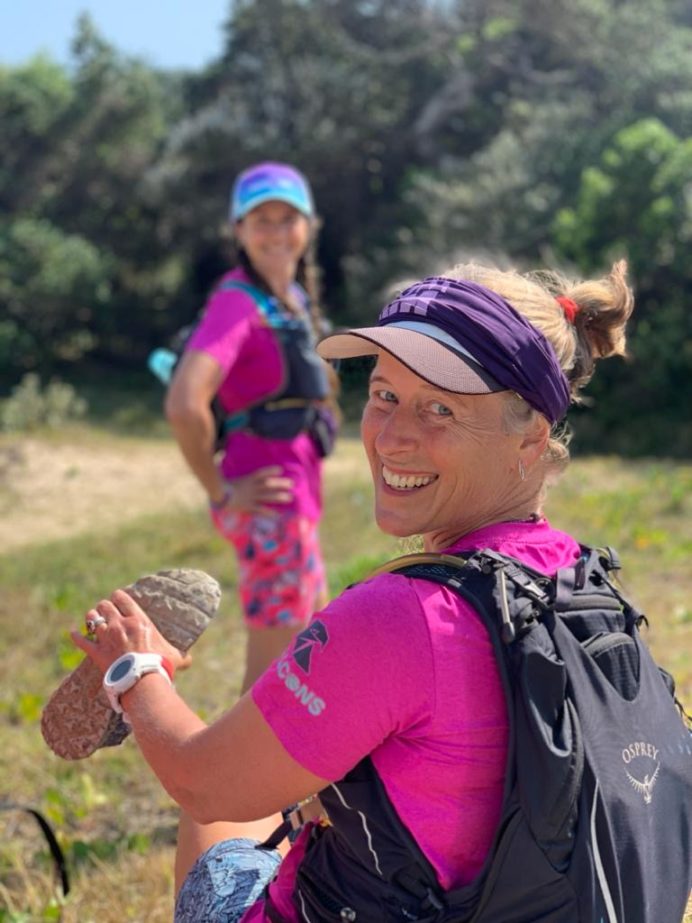 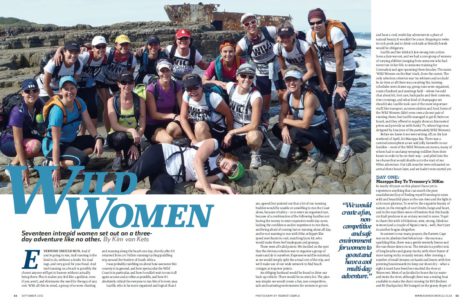 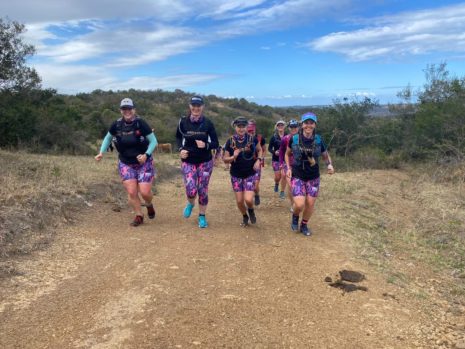 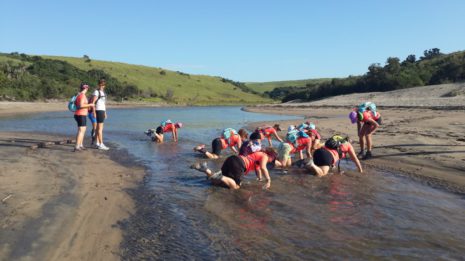