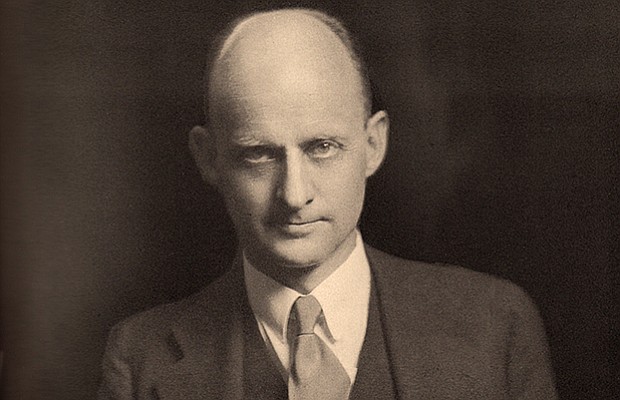 I have been running and reading (in that order) rather more than usual lately in an effort to make sense of stuff.  About half way through one of my runs last week I had a vague recollection of being drawn to some of the better ideas of Reinhold Niebuhr in my student years and thought I might look him up again. (I wasn’t certain I would still feel positive about him if we reconnected after all this time, perhaps it was the red wine and good company that showed him up in a flattering light?)   When I got home I started searching online for his writing and although I did eventually find what I was looking for, I found this first.  It’s an extract from an interview by David Brooks with ex-president Obama, who summarized perfectly the very notion I was delving into Niebuhr’s work in the hope of finding:

Out of the blue I asked, “Have you ever read Reinhold Niebuhr?”

Obama’s tone changed.  “I love him.  He’s one of my favorite philosophers.”

So I asked, what do you take away from him?

“I take away,” Obama answered in a rush of words, “the compelling idea that there’s serious evil in the world, and hardship and pain.  And we should be humble and modest in our belief we can eliminate those things.  But we shouldn’t use that as an excuse for cynicism and inaction.  I take away…..the sense we have to make these efforts knowing they are hard, and not swinging from naïve idealism to bitter realism.”*

Wow. My response to this chance encounter was to sit in open-mouthed silence for a while.  (You know, that particularly unattractive look, which sometimes precedes dribbling, that you would prefer no one to capture digitally?)   Because that’s exactly what I have been struggling to articulate. There are so many challenges facing us as South Africans, both collectively and individually.  And it’s particularly easy to become immobilized by the enormity of these challenges. A serious evil was allowed to take place here and it has resulted in ongoing hardship and pain for the majority of our people.  And although we may not have even been alive when it started we are nevertheless compelled to strive (calmly and intentionally) to do everything we can to prevent that hardship and pain (which hasn’t gone away and isn’t going to unless we make it) from following us into the next generations.  And we should acknowledge that this is difficult, and that we are sometimes afraid and immobilized by the enormity of it all. But this shouldn’t stop us because we are a nation of people who epitomize creativity and vasbyt/nyamezela and that fabulous “boermaaknplan’ness” that we do so well.  Eliminating the hardship and the pain is not something that can be done exclusively through government policy.  It is not something “somebody should do something about”.  It is my responsibility. And yours.  We need to initiate this process ourselves and then participate wholeheartedly in it without swinging from naïve idealism to bitter realism.  And we should start today where we are with what we’ve got.  And we should do so as if our lives depend on it.  Because they do.

* I would prefer not to get derailed right now by distracting debates about the fabulousness/  shortcomings of either Barak or Reinhold.  Just saying

5 MINUTES WITH KIM VAN KETS / THE POWER OF AUTHENTICITY

I have been running really far, mostly on trails, for almost 30 years. This is about two thirds of my life. I can’t...