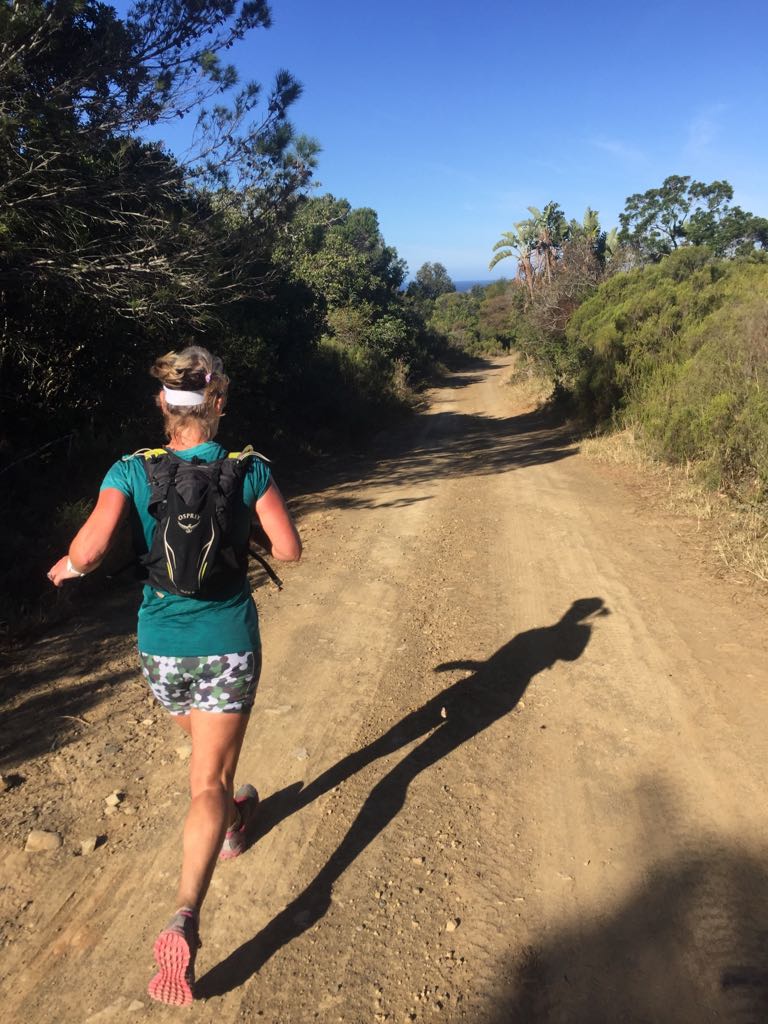 “Feeling ready to do something doesn’t mean feeling certain you’ll succeed, though of course that’s what you’re hoping to do. Truly being ready means understanding what could go wrong—and having a plan to deal with it.”
My current #1 quote from Chris Hadfield (who I really admire despite his dire mustache situation).  On the basis of that definition of readiness, I can (fairly) confidently say I am ready for 100 Miles of managing situations that may and will go wrong 🙂

A few months ago, immediately after Expedition Africa, (in the brief interlude between recovering from a 600 and something km adventure race and starting to train for a 100 Miler), I had a thought.  And this is what my thought was:  I am nearly 46 years old.  My next significant birthday is 50.  I still feel like I am getting stronger and faster and basically as if I am on an upward trajectory.  (This may or may not be delusional.)  Realistically this can’t last forever.  Even if 50 is the new 40 etc etc at some point I am going to plateau and start heading over the hill.  I’m surprisingly ok with that on many levels BUT I suddenly wondered if I had run the best I can run?  I honestly didn’t know. And then I thought I would REALLY like to give it my best shot before I am officially over the hill.  And then I realised that although I know a lot about running and although I have been doing it relatively successfully for 30 years, it may be a good idea to get someone to help me do it better. Like a coach!What a novel idea! And then I imagined some military type man with a MUSTACHE shouting at me through a loudhailer as I grimly ran around a track (with young whippets in lycra sniggering at my efforts) and I quickly discarded the idea.  And then I thought of Linda!

Linda Doke is extraordinary.  You can read her bio for yourself because she has way too many running accomplishments to mention (without her totally dominating my blurb about me and Karkloof!) (http://rockhoppingtrail.run/about/)

She also has fabulous calf muscles, no mustache and an excellent sense of humour (very important in a running coach).  So I asked Linda if she would consider bossing me around for the next while.  But I had one proviso.  I explained to her that I had spent the last 6 months relentlessly clawing my way to (semi)competence on a mountain bike.  It was a very hard-won (semi) competence and the path was etched in blood and shredded cycling shorts and evident from my (now permanent) frown line and cycling glove tan.  I had grown the callus and there was no way that I was willing to lose it ever again.  Getting it back is just too hard. I explained to Linda that I wanted to keep riding regularly in my build up to Karkloof.  Linda’s response was very brief and pointed. “No. I’m afraid not. You have to focus on your current goal.” I don’t usually respond well to being told what to do but I didn’t even consider disobeying her.  “Ok sorry guys Linda says I can’t ride for 3 months.”End of story.

And then she sent me a programme (which did not contain any cycling) for the first month and I very nearly soiled myself.  Jeepers.  How on earth was I going to manage this insanity?  Also, I just don’t DO speed intervals and tempo runs and stuff I don’t love. I only like long slow runs in beautiful places with food hampers.  I suddenly realised that I almost NEVER run at an effort greater than about 5/10. And why should I if it doesn’t feel nice? So I decided to fake calmness and just do a bit of what she said for the first week before gracefully bowing out of the whole stupid idea.

But something happened along the way.  By the end of the first week I realised that there is a certain relief in being told what to do.  It removes the endless negotiation with myself and with my family and running mates:“Bugger there are gale force winds predicted and it looks like rain and I’m juggling too many things tomorrow, I will just try and do more mileage the next day.  Shriek!  I forgot I’m single parenting the next day and I only have 45 min to run between a meeting and fetching kids so there’s really no point. Etc etc”

My programme requires a 14 km tempo run. Fit it in.  Make a plan.  No debate.  No negotiating.  If I have to run alone at 5am that also fine.And then after a while I started to see some progress, 30 seconds off a 5km time trial every few weeks, legs a bit stronger, bod (fractionally) leaner.  There’s nothing more addictive than measuringactual progress.  And all of a sudden I was hooked on the simplicity of being told what to do and seeing the results of hard work. And so here I am having obeyed Linda obsessively for 3 months.  The original idea was to run Karkloof without dying and as strongly and comfortably as possible.  And I suppose that’s still the plan, although in an odd way the journey has become more valuable than the destination.  I would love to run Karkloof well.  That would be the pinnacle of happiness. But as Chris Hadfield (who is my current hero) says:  “ Success is feeling good about the work you do throughout the long unheralded journey that may or may not wind up at the launch pad. You can’t view training solely as a stepping stone to something loftier.  It’s got to be an end in itself.” And that it certainly has been.  Thanks, Coach! 🙂

“There is a lovely road that runs from Bedford into the hills (well actually I think mountains may be more...

Modelled on the legendary Moroccan Marathon Des Sables, the Kalahari Augrabies Extreme Marathon is not for the...