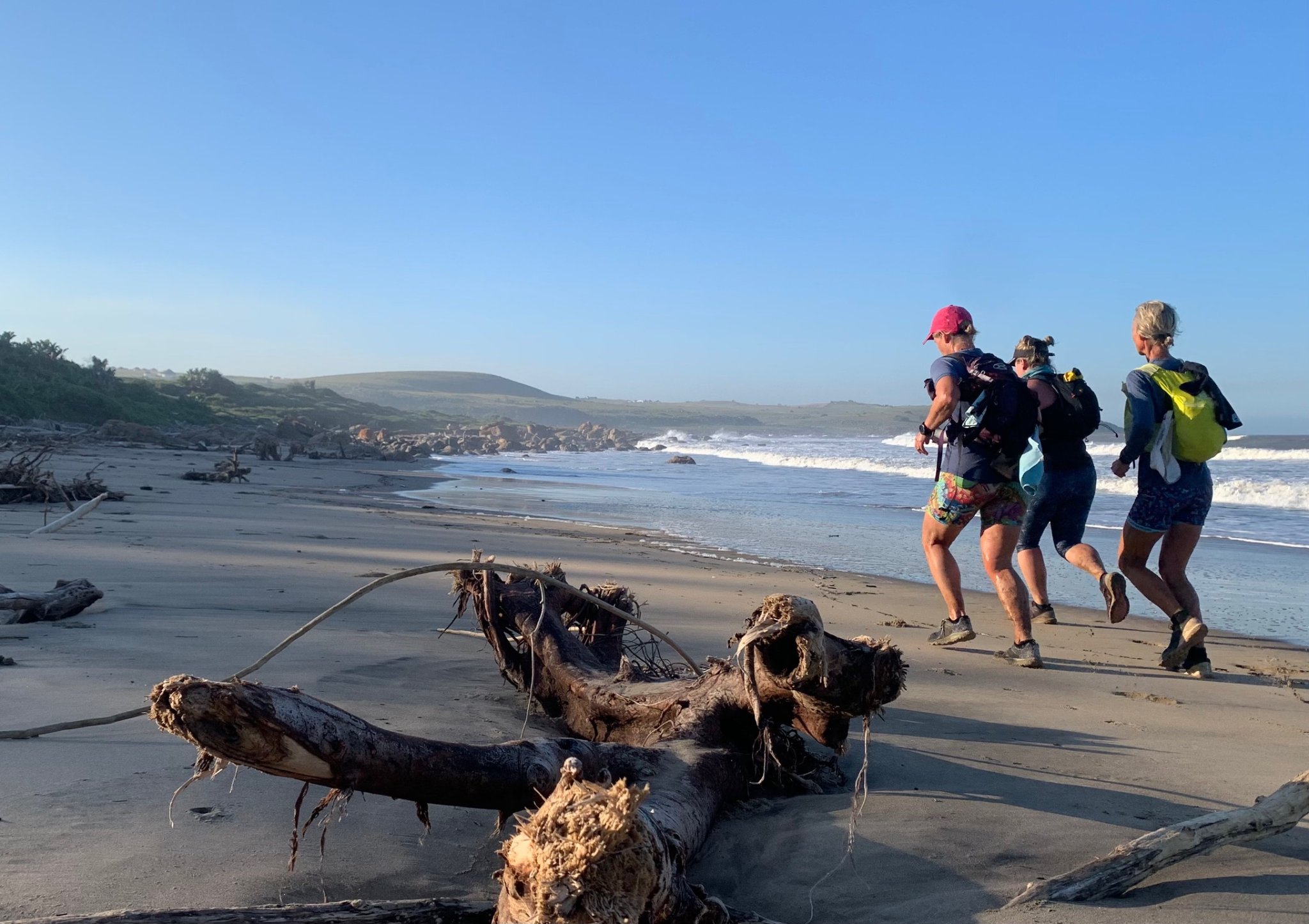 A note to all the misguided folk who insist they don’t/won’t/can’t run:
I had already been running for more than half my life when I read Christopher McDougall’s iconic 2009 bestseller, Born to Run. There were many take-outs from his book, but the thought that remains with me is that human beings are perfectly evolved to run. All human beings. Really. Not just the lithe whippet-in-lycra variety that make the rest of us feel grumpy and inadequate. We (all) have a whole bunch of characteristics that make us (as a species) really efficient at running. Especially running far and slowly. To mention a few, we cool down quickly and easily because we are not limited to the sadly inefficient panting option available to dogs etc. Instead we have fabulous and abundant sweat glands and are not (excessively) hairy. Apparently, anyway. We have fixed heads that don’t loll around when we run (think of a cow) but rather enable us to keep balanced and move in mostly a straight-ish line. We have short toes with a forward facing large toe, springy ligaments in our legs and ankles and an Achilles tendon (Jackpot! Marvellous for running apparently and not everyone in the world of mammals or even primates has those). But most important of all, we have a great big strong gluteus maximus, and this is really the coup de grace: it stabilizes our trunk when running. Nobody needs glutes of that size and strength for walking. If we were designed to be walkers our fantastic glutes would be completely superfluous. Just saying. So as astonishing as it may seem, if you are sweaty and have a substantial butt, you have all the raw material you need for running!
So because we were good (as a species) at running, we figured out that we could (pre bows and arrows) outrun antelope and other speedy protein forms and eventually (in fact after around 5 hours, roughly as long as an average runner takes to complete a marathon) an antelope will collapse in exhaustion and become easy to bash on the head with a rock for dinner. Then because the non-vegetarian hunters didn’t feel like running all the way back home to where they had left the family when they set off (it was dangerous running around with bleeding groceries on your back), the whole family came trotting along to where the hunters were preparing the braai /carpaccio party. I mean everyone. Mom and dad, ouma and oupa, the babies and toddlers on people’s backs. So not just all shapes and sizes were loping easily around the savannah, all generations were too. And the theory is that this is where our collective obsession with running the marathon comes from….its lurking in all of our DNA. All.

AntjieKrog, internationally acclaimed poet, author, journalist and academic, was quoted in an interview this week...

Fabulous South African Story #1 Recently I have felt  more inclined to recall and articulate the stories and...