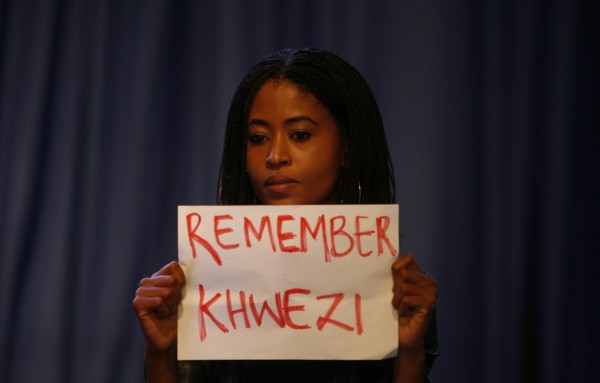 I know that women exist who accuse men of things they haven’t done. I have experienced this phenomenon personally and professionally. My guiding principle is always to ask the question: What does she stand to gain by making this allegation? “Khwezi” had everything to lose and nothing to gain but she wanted the truth spoken. It is for this reason (and many others) that I believe her version of events.

I have just finished reading “Khwezi” by Redi Thlabi the story of Fezekile Kuzwayo who laid charges against Jacob Zuma for having raped her in 2005. And I have no words. The bullying, the immorality, the cruelty and the smugness of Jacob Zuma and his mindless supporters appall me. I am aghast at his abuse of power, his casual misogyny and entitlement, his complete lack of respect for women and his disloyalty to a Comrade (Fezekile’s father). I am astonished by the absence of any empathy for Fezekile and her mother who were vulnerable on every level: poor, HIV positive, old, hounded by his minions. I am ashamed of him and everything he represents and fails to represent. But I am also ashamed of myself. Where was my outrage when Fezekile was on trial? Where was I 12 years ago? Why did I make no effort to lead an army of angry and formidable warrior women to the High Court to demonstrate my support of his victim and to issue a challenge to the bully? Why didn’t I and the women of South Africa stand up and say NO MORE! “Wathint’a abafazi wathint’ imbokodo!” (When you strike a woman you strike a rock). Why did we all go about our business as if it didn’t concern us in any way? I was on maternity leave in 2005, having recently brought a girl child into this world. I was self-absorbed and preoccupied with the tasks of keeping her safe and helping her develop and grow and exhausted by the sleepless nights associated with motherhood. But this is no excuse. The existence of my daughter should have been a catalyst that galvanized me into action rather than immobilizing me: what is the point of thriving if you must grow up in a world characterized by sexual violence and a total disregard for women? Well it concerns me now. Its too late to be of any use to Fezekile who died in October 2016 after being defamed and vilified and forced to flee South Africa with her elderly mother in fear of her life. But I have had enough. I will never keep quiet again.

And so I am outraged by the questions Fezekile and many victims of sexual assault are asked. “Why didn’t you fight him off? Why didn’t you scream?” Only someone who has never been a victim can ask such an absurd question. I was mugged at knifepoint when I was 18 years old and I was completely immobilised by the experience. I couldn’t move my body to flee or defend myself and although I opened my mouth to scream no sound came from it. I watched from a distance outside my body as someone took my stuff. I imagine I would have done the same if they tried to take my life or my self-respect. Fear and shock had stolen my voice. I had no voice. But in the last 27 years that has changed. I experienced an attempted mugging a few weeks ago and this time I was no passive victim. I have a voice these days but I didn’t use it to scream for help or beg for mercy. I launched myself at my would-be attacker with nearly 30 years of pent up silence and rage and I ROARED. Without touching him. With my voice alone I forced him to retreat. Do not underestimate the power of my voice. Do not underestimate the power of your voice, of our collective voices.

I want to use my voice to say is that I am sick and tired of the indulgent, humorous dialogue (engaged in by both men and women) around the preposterous notion that “boys will be boys” and that boys and men are unable to control their urges and shouldn’t be expected to. This is outrageous. It is an insult to boys and men as well as being a total cop-out. If it is true that Jacob Zuma was without the self discipline or willingness to control his urges with regard to his Comrade’s child [a powerful man in his 60’s (at the time), a man on the brink of becoming the president of South Africa, a man with a host of willing wives, a man who knew Fezekile perceived him as a father and was HIV positive], it is disgraceful. Why couldn’t he just restrain himself? Even if he mistook her immobility for consent, wouldn’t it have been more prudent to leave her alone? And why was he not sufficiently ashamed or sufficiently shamed to resign. How could we have made a man with so little self-control our president? Is this the conduct we expect from a leader? Is this the example we want to set for our sons? And he danced in the street singing “umshimi wami “ secure in the knowledge that he had got away with it. That Fezekile had been “put in her place” while he was applauded by his thugs for his “virility”.

As for me, I say NO MORE! “Wathint’a abafazi wathint’ imbokodo!” It’s time to raise our voices.

Apparently Mthatha isn’t the most sought after destination for corporate trainer types.  This is astonishing...

Thembi Treks The Wild Coast Thembi is a Transkei pig Despite this fact her dreams are big She paused one day with...