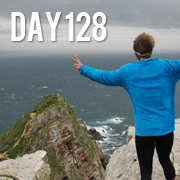 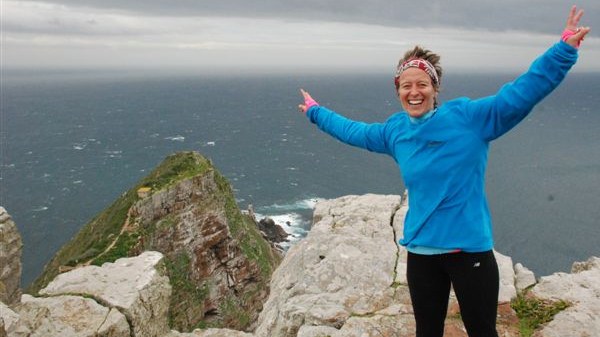 After almost 3 weeks of constant rain and cold together with our annoying colds and flu I am now totally over Cape winters (though by all accounts Eastern Cape winters are just as bad this year!)

I actually have nothing to complain about because we spent our sick leave with Cliffy and Tracey in Fisherhaven being fed chicken soup and whiskey which was fabulous! Nevertheless it was great to finally get going again after 3 unplanned days off. We have had some really beautiful beach running along the Kleinmond beach with Pete, from Hermanus to Gansbaai, from Die Dam to Agulhus and today along the longest stretch of beach in the S hemisphere to Arniston.

It has been great having Mark Copson from New Balance on loan for another 3 days – imagine volunteering to run for miles in the freezing rain every day when you don’t have to! What a legend! After arriving in Agulhus (the southernmost point in Africa) and looking at the gloomy weather report we decided to swop rest days so that I could take the day off on my birthday – what a brilliant call! It poured with unrelentless rain all day and I stayed indoors being pampered and eating cup cakes.

Best of all I got to run in sunshine today for the first time in weeks which was a good thing because I had to swim across an unexpected freezing river en route to Arniston! I have just done my maths and have calculated that I have covered 5834km so far and that I have another 860km to go.

[noteblock] A chip and a putt as Pete would say! [/noteblock]

New Pics in the Gallery 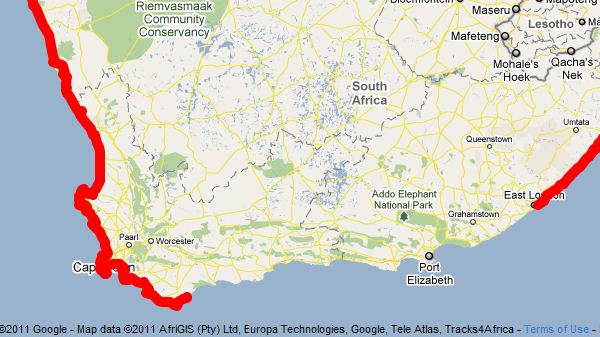 Since leaving Port Nolloth we have covered another 320km which means I have now gone over 5000km in total. I have...

4 days to go! My list of things to do seems to be getting longer rather than shorter but progress is definitely...